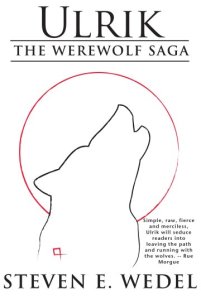 Book Three of The Werewolf Saga

Following the murder of his latest protégé, Josef Ulrik grows melancholy and broods alone, but his grief is about to be interrupted.

Joey Woodman, the first werewolf born of woman, overcomes the serum administered by his mother every month and flees into the Montana forest as a wolf.

Desperate to find her son, Shara sets out after Joey, but instead encounters Thomas McGrath. From him, Shara learns Joey has been kidnapped by another werewolf who believes she was destined to be the Mother of the Pack.

With Joey missing, Ulrik’s age-old enemy, Fenris, goes into action. He will stop at nothing in his search for the one werewolf destined to become the Pack’s Alpha.

Believing Shara has abandoned him to return to life as a werewolf, Chris Woodman makes dangerous alliances in an attempt to get Joey back.

War is brewing and the Pack is drawing together in opposing camps. Old memories, forbidden love, and treachery threaten to tip the scales against Ulrik, destroying centuries of planning and endangering all shapeshifters, and perhaps all of humanity.

Now available exclusively from MoonHowler Press in trade paperback, Kindle, and soon to be released in a stunning audio performance.

Get your copy at:

When Shara’s son is kidnapped to oblige her mentor’s personal agenda, the fur begins to fly in this adrenaline-fuelled reinvention of the lycanthropic world. Shara must now give in to her inner bitch and accept her prophetic role as Mother of The Pack or they’re all doomed. Written in a style that’s simple, raw, fierce and merciless, Ulrik will seduce readers into leaving the path and running with the wolves.  –Rue Morgue magazine

[I]f you’ve come to [Wedel’s] work looking for poetic philosophy that sings to your inner being, you won’t find it here. What you will find is pure story told in a chiseled down, straightforward style that’s as engaging as it is rewarding. I predict it’s only a matter of time before the greater world of readers catch on to his hair-raising work.  –Fear Zone 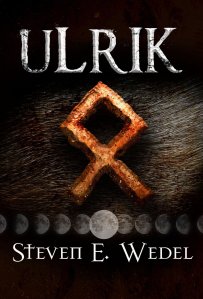 One thought on “Ulrik”